Licalsi is found guilty of the manslaughter of Marino and his driver, and is given a two-year sentence. Because of Kelly’s involvement with Licalsi, and the widely held belief that he withheld evidence that could have given her a longer sentence, he is transferred out of the 15th and chooses to leave the department altogether. He is replaced by Bobby Simone, a widower whose previous job was that of driver for the police commissioner. This does not sit well with Sipowicz, but after learning that Simone took the assignment to be present for his wife, who was suffering from cancer, Sipowicz learns to accept his new partner and eventually builds a strong friendship with him. When Sipowicz’s relationship with Sylvia leads to marriage, he asks Simone to be his best man.

After an affair with a journalist whom he suspects has used information that he disclosed to her after an intimate moment to boost her career, Simone begins a relationship with another new member of the squad, Diane Russell. Sipowicz, as a recovering alcoholic, recognizes from Russell’s behavior that she also has a drinking problem. After much prompting, she begins attending Alcoholics Anonymous (AA). In another storyline, due to his low self-esteem and disbelief that a woman like Donna could love him, Medavoy’s relationship with her breaks down, due in no small part to Donna’s visiting sister. 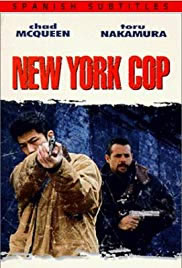