Lisette Linares (Velez) is a young mother of three children, married to Chino (Seda), a bicycle messenger. Although he is always reliable as the breadwinner of the family, Chino is having an affair with the neighborhood hoe, Magdalena (Vidal). One summer evening, a blackout sweeps the neighborhood, and Chino finds himself in jail after being arrested for looting.

Faced now with the reality of keeping her family together with the main breadwinner in jail, Lisette, with the encouragement of her transgender sister Alexis (Borrego), decides to give her dream of becoming a print model a chance. As she happens to be in the right place at the right time, Lisette lands a job as the personal assistant to a major record label producer (Dunne), who is trying to sign a major Latin music group (played by the real life group the Barrio Boyzz). After that, Chino is released from prison by Magdalena and her father, who reveals that she has a son named Richie, who she claims that Chino is the father. This causes Lissette to hit rock bottom and moves in with Alexis. While at work, she has sex with her boss, but during their sex, he answers a number of phone calls, which frustrates Lissete. Nonetheless, she is pleasured. The next day, Chino tries to go back to his job, but is fired, due to his criminal record. Lisette confronts Chino to prove that she had sex with another man to get even with Chino.

Chino, then takes the kids out for ice cream, his extremely rebellious son, Lil’ Chino, asks if he could buy ice cream, but Chino gloats him that he needs to work for it in order to buy things. His son shows him the money and allows him, but when his younger daughter notices that he has new shoes and pants, Chino realizes that his son has become a drug dealer. Then Chino, furiously lashes out at his son, he pushes him towards a mural with a picture of a relative of Chino’s who died when he was a drug dealer. He whips his own son in front of the whole block, while his friends laugh at him. Alexis notices the comotion and tries to stop him. 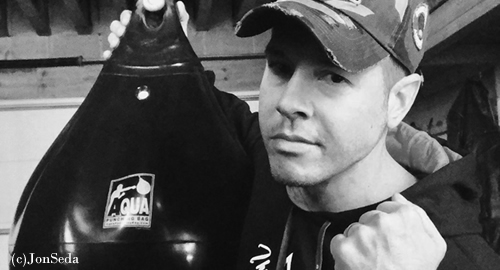