Arturo Ortega, a man with enduring aspirations of being a competitor in professional boxing. While Arturo had the intellect, ambition, and agility to be a professional, his career proved to be a short one, and, after a living out his fifteen minutes of fame, he’s washed up. However, Arturo has instilled his passion for boxing in his three sons, who have grown up learning all about the world of prizefighting. The three boys begin competing in the ring, with Arturo as their manager and coach, but Johnny swiftly displays so much promise that other managers and promoters want to take over his contract and put make him the next boxing champion. Arturo feels let down when Sonny decides that he wants to work with another manager, while his other two sons rail against Sonny for turning his back on his father and hope Arturo has the same conviction in their talents in the ring. [Wikipedia] 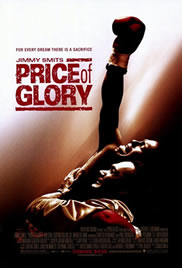