After community activist Eddie Rios (Seda), charged with the murder of two NYPD officers, one of them his ex-wife, is found not guilty due to legal technicalities, arresting detective Steve Donohue (Pullman) takes the judge, jury, and Rios hostage, and decides to have a new trial, presenting evidence that was not previously allowed. His captain Lou Unger (Loggia) tries to convince Donohue to end his hostage taking peaceably. [Wikipedia] 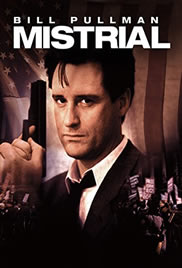