Eight years after the events of the first film, Miami Police Department (MPD) narcotics division detectives Marcus Burnett and Mike Lowrey are investigating the flow of ecstasy into the city, leading them to a Ku Klux Klan meeting and drug drop. The subsequent raid is botched due to weak radio signals, and in the firefight wherein several Klan members are either killed or injured, Mike accidentally shoots Marcus in the buttocks. The MPD arrests the surviving Klan members, who are revealed to be mere small-time buyers and not ecstasy distributors.
Klan member to its location, observe a morgue van make a rendezvous with it, and give chase unsuccessfully. Mike and Marcus infiltrate Tapia’s mortuary disguised as ambulance workers, and learn that he is using dead bodies to smuggle drugs and money. When the pair are almost discovered, Marcus accidentally ingests some of the ecstasy and Mike orders the disguised officers outside the building to crash an ambulance into it, creating a diversion.
The mortuary and Tapia’s mansion are raided, the drugs and money intercepted by the U.S. Coast Guard. However, during the raid a vengeful Russian gangster, Alexei, violently storms the mansion on his own, intending to avenge his murdered friends. Alexei is shot by the police, while Tapia discovers Syd, kidnapping her and taking her to Cuba.
With Syd held prisoner in Tapia’s compound and guarded by the Cuban military, the drug lord demands the return of his money in exchange for Syd’s life. Mike and Marcus, with a team of volunteers from S.W.A.T. and the DEA, assault Tapia’s compound, rescuing Syd, and destroying the building. [Wikipedia] 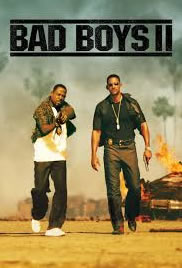